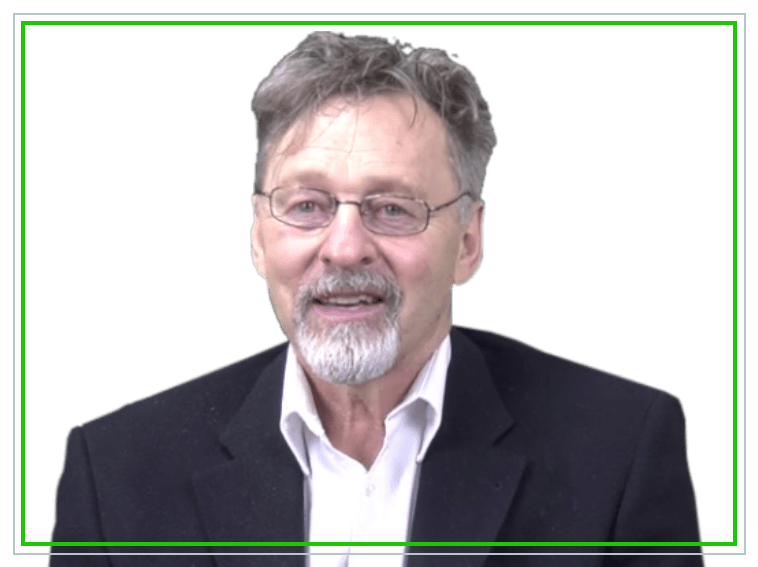 From 1979-1987, Vic’s passion for building motivated him to start a construction company. This morphed into an engineering contracting firm that specialised in evaluating remedial action for structural deficiencies and carrying out the necessary work. During these years, his collaboration with Dr. Eric Burnet from the University of Waterloo’s new Building Science Division enabled the new developments in building preservation and design improvements.

During 1999-2004, Vic became CEO and publisher of Alive Publishing Group, garnering Canada’s largest readership of a health publication that ultimately reached 1.2 million monthly readers. Alive won four IBPA Benjamin Franklin Awards™ for its publications on neural plasticity in the brain and the greater value of the Emotional Quotient relative to the Intelligent Quotient.

In 2004-Present: Vic’s work in publishing led him to be confident that people have the capacity to bring about change in their life and to become their best self. This led to the creation of the Alive in-patient program in 2004. The target population for this program were those suffering from depression, anxiety and PTSD. Vic and his wife Farida continue to operate Alive in Kelowna BC.  (www.aliveforwellness.life).

From 2008-present, Vic and his team partnered with Dr Scott Miller and co-founded MyOutcomes (MyOutcomes.com), a clinical tool that helps mental/behavioral health clinicians increase their clinical effectiveness. MyOutcomes has been the recipient of the national United Kingdom’s Mental Health Innovation of the Year award. MyOutcomes is currently used in over 24 countries by private and government mental health clinics and addiction centres. Users include the US Military and over 28 universities in their graduate training programs. Over 13 randomized clinical trials confirm that using MyOutcomes can double the effect size of mental health clinicians.

In 2015, Vic began consulting a team of thought leading academics, clinical professionals and educators and who founded The Resilient Mind projects (TRM). Compelled to make advanced neural, behavioral and social science more affordable and accessible to all people, Vic evolved in this work to become the team leader to build resilience training program that supports and trains people who exhibit a readiness to change and wish to increase their resilience (www.theresilientmind.life). Clinical outcomes indicate participates who complete the 10 week training program experience 18% in resilience. 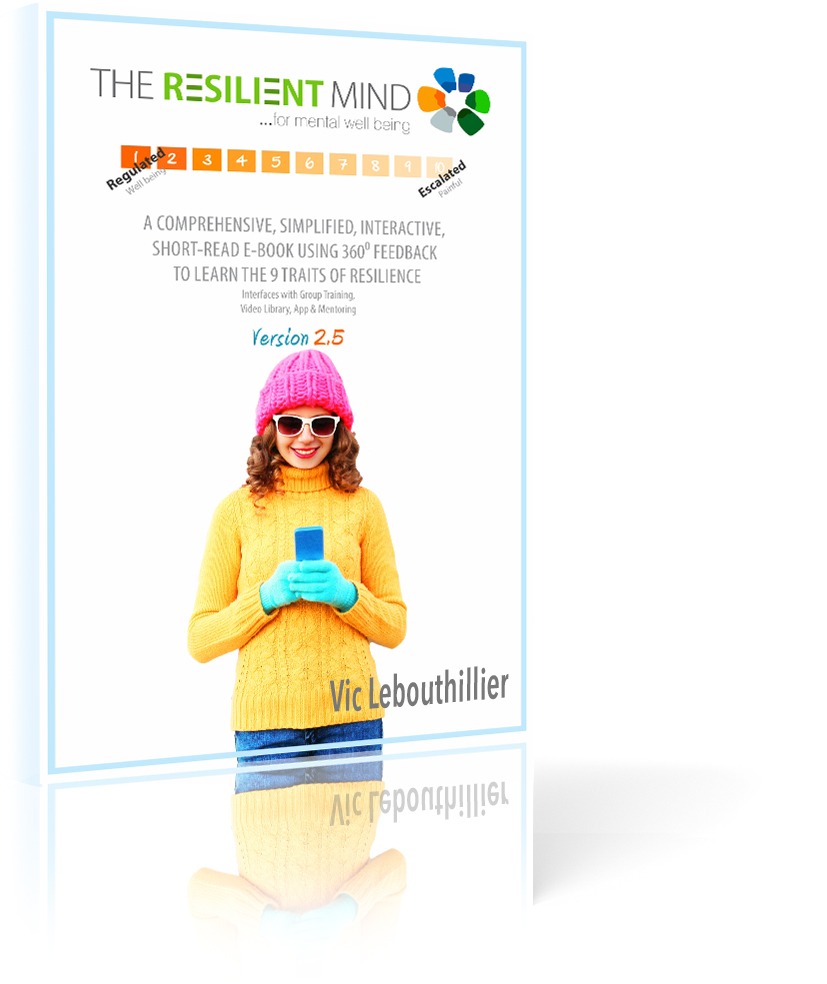 The Resilient Mind’s™ first publication by Vic was released in 2018 and has had 4 peer reviewed revisions to date. It’s a new concept in training: featuring video link commentaries, 360° feedback and self-awareness exercises which all interfaces with group gamification training and mentoring. 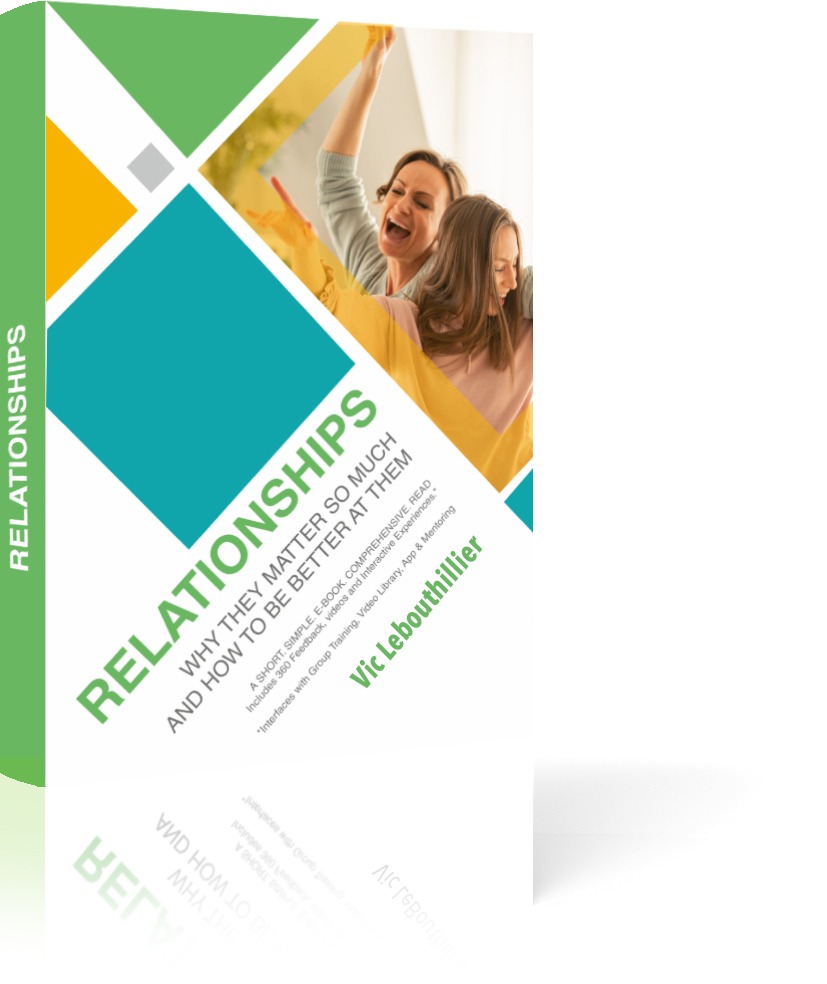 From our first day after birth until adolescents we desire deep engaging connections with others. For many reasons after adolescents we begin the process of losing these connections as we become consumed with life challenges and the multiple relationship fractures we experience. Our TQ (trust quotient) towards others is negatively effected. As social scientist probe deeper into the importance of engaging relationships they tell us the health of our relationships will determine the outcomes of everything important that matters to us.
Published Jan 2022 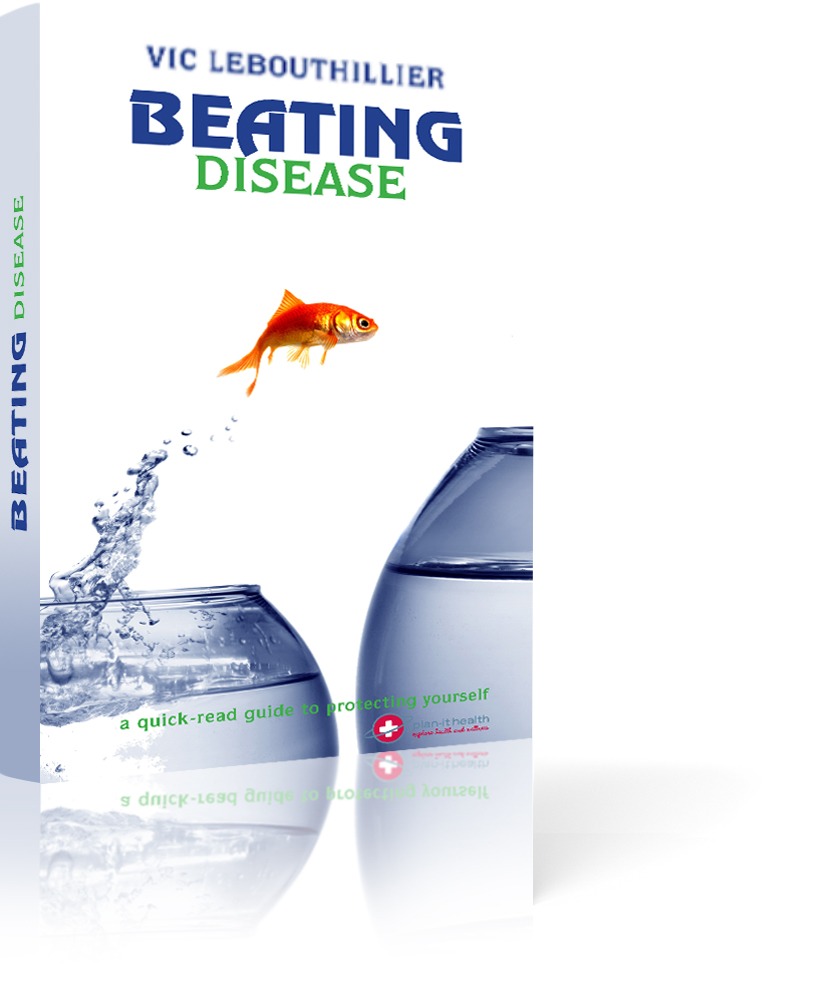 A web interactive book, commissioned by clients to highlight and offer insights and tools to encourage individuals to take ownership of their personal health and reap the benefits of adopting healthy choices to enhance mental, emotional and physical health, ultimately impacting individual productivity. 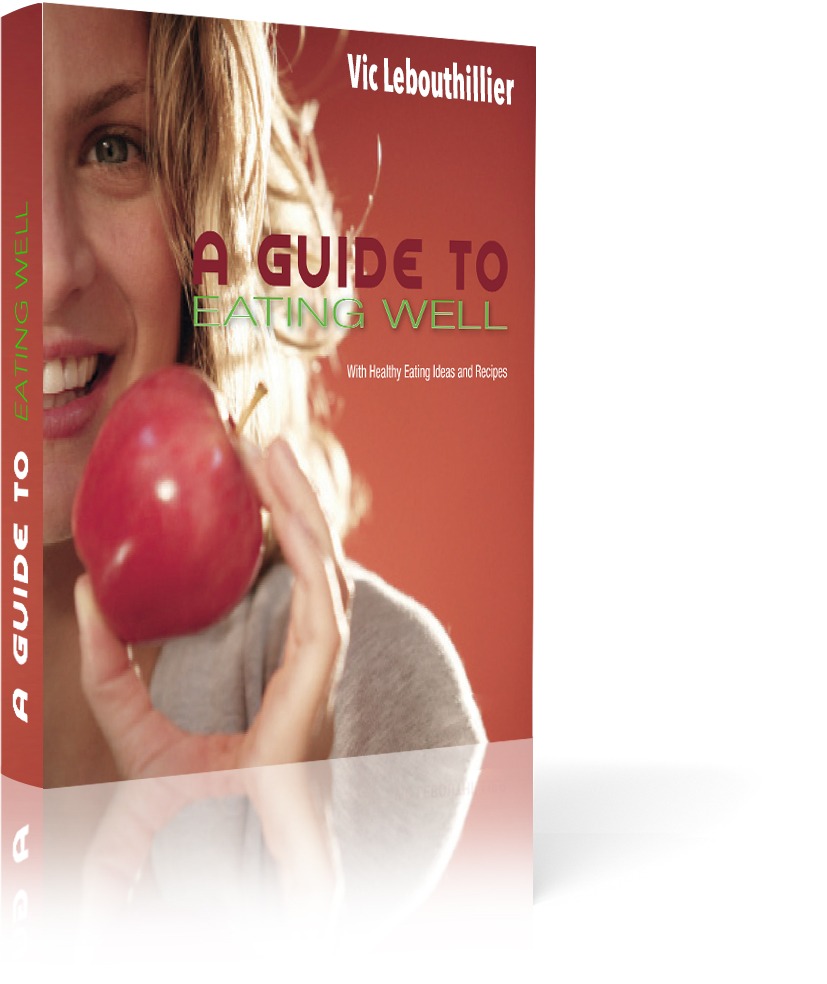 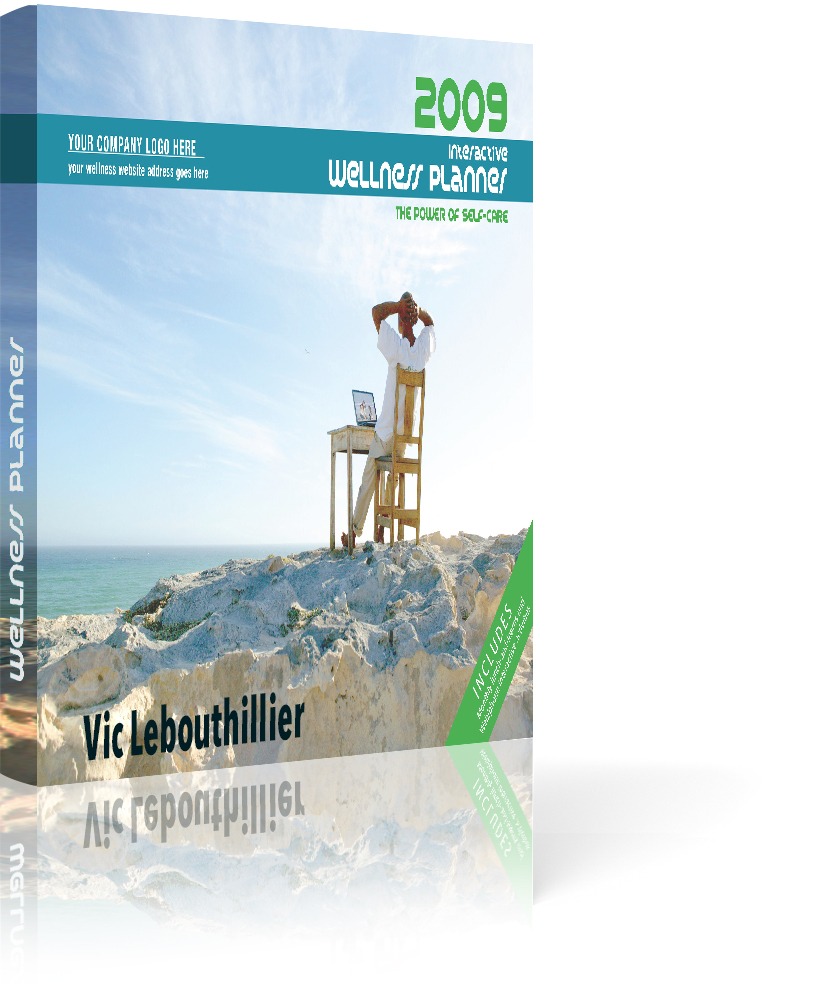 An interactive resource that provides support through educational material based on advanced health sciences tailored to the client; includes wellness portal interactive tools, monthly lunch-and-learns, and access to health-care professionals. 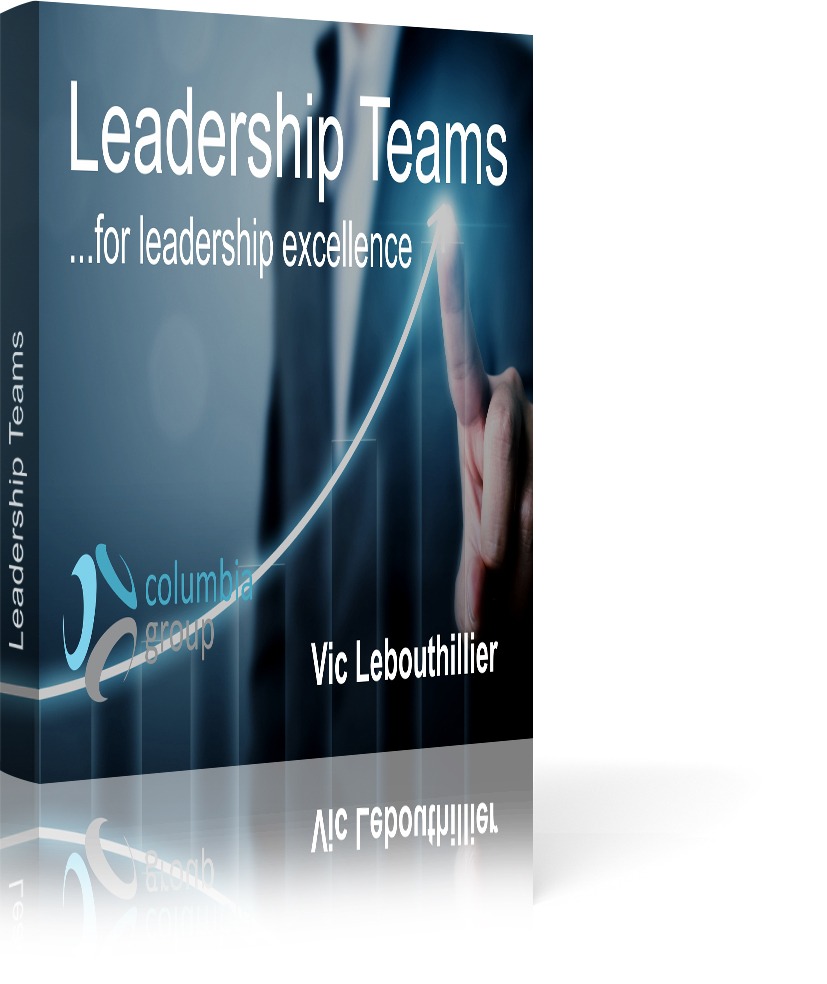 A manual to support small businesses toward increasing leadership and management skills. The program is supported by business consulting – implemented in more than 80 businesses. 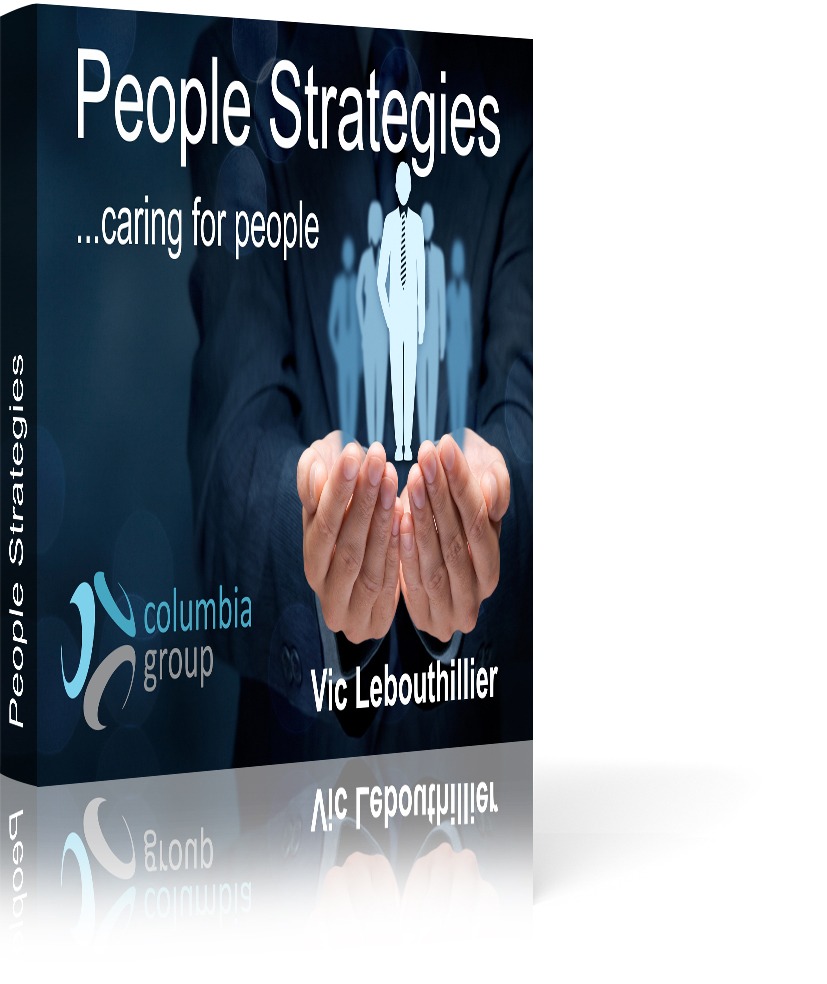 A manual and training program to increase the health of the workplace cultural and the management of Human Resources – implemented in more than 120 businesses. 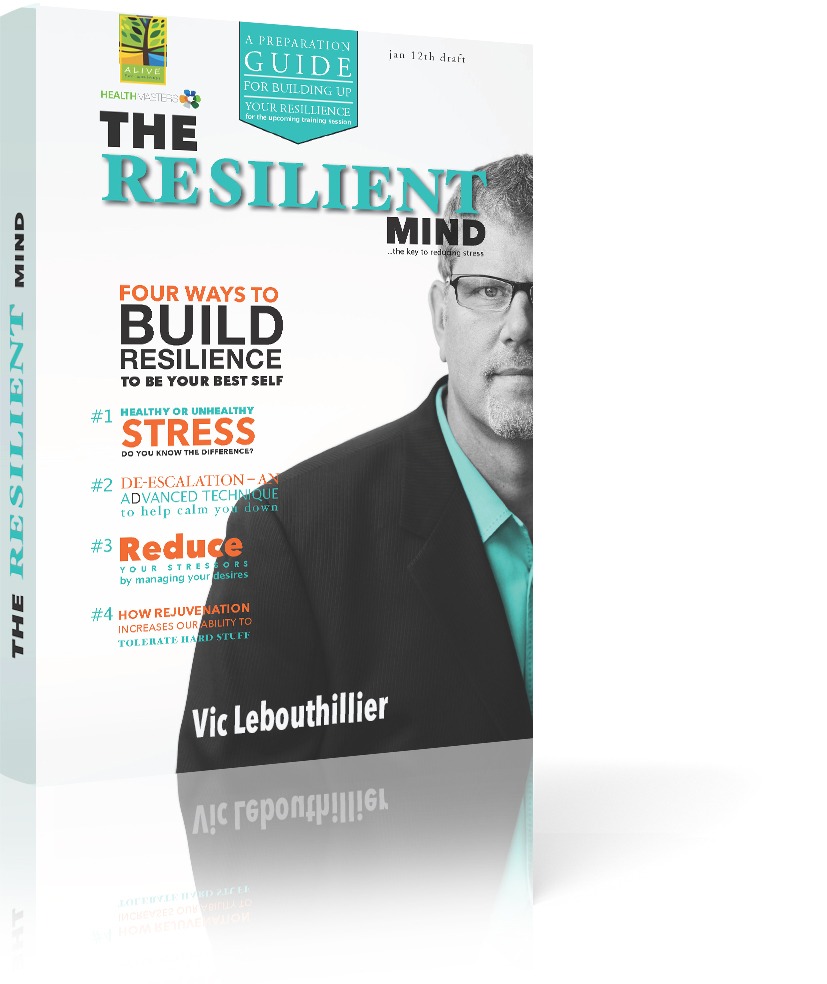 Four ways to build resilient to be your best self

Stress Free Fantasies:
Many people daydream about living a life absent from stress-i know i once did. But the reality is that stress walks beside us every moment of our lives. Yes, stress takes the occasional nap, but, like an eager-to-play toddler, it eventually awakens. One of the great ironies is that a stress-free life is incompatible with living. Still, it is possible to reduce the spike of pain that comes from stress. In the season of my life when I struggled with stress, I learned two fundamentals principles. 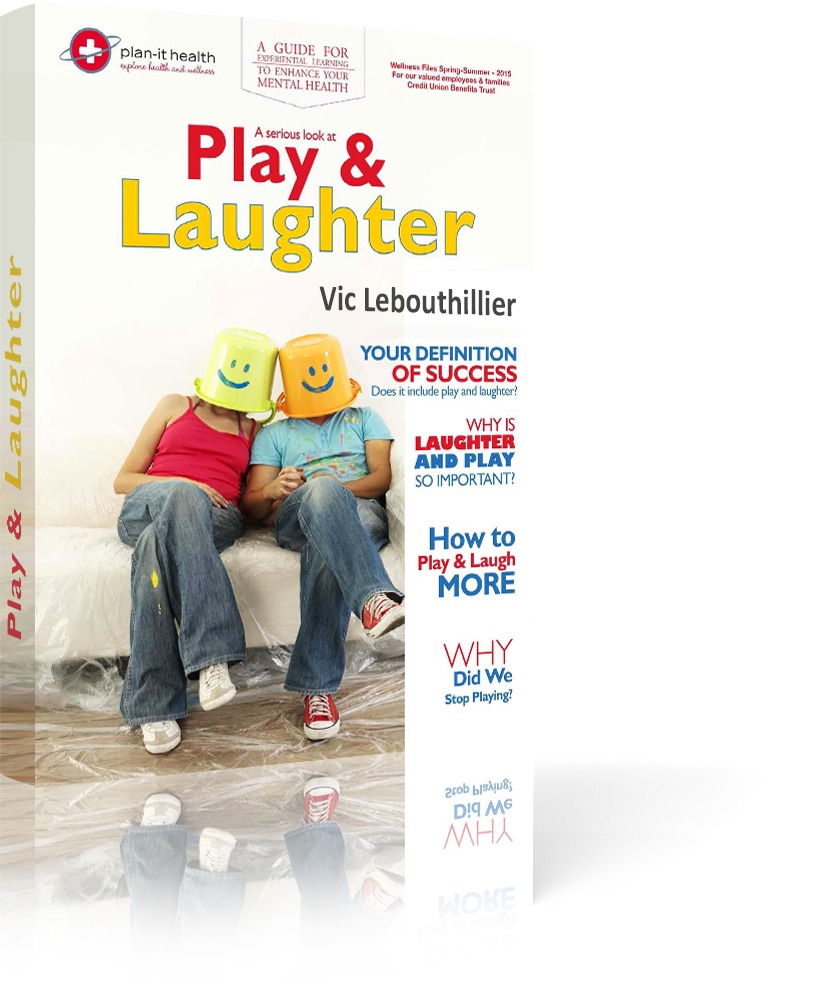 Play at leisure and at work have been known to improve relationships, team work, creativity, productivity, focus, and stress management. Laughter yields benefits of increased immune system function, decreased stress hormone production, emotional regulation and enhanced learning. This guide provides you with insight into how much you play and laugh, why you may not play and laugh enough, and how to bring play and laughter back into your life in healthy ways. Are you ready to become a FunMaker? 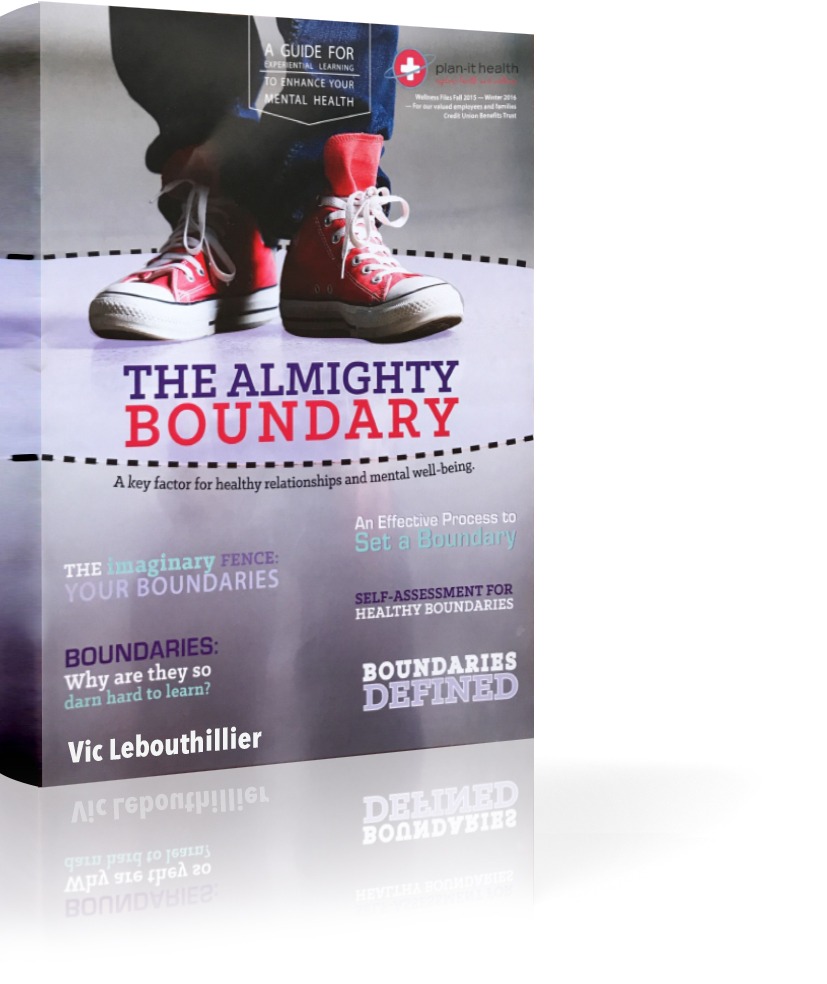 A guide for experiential learning to enhance your mental health. 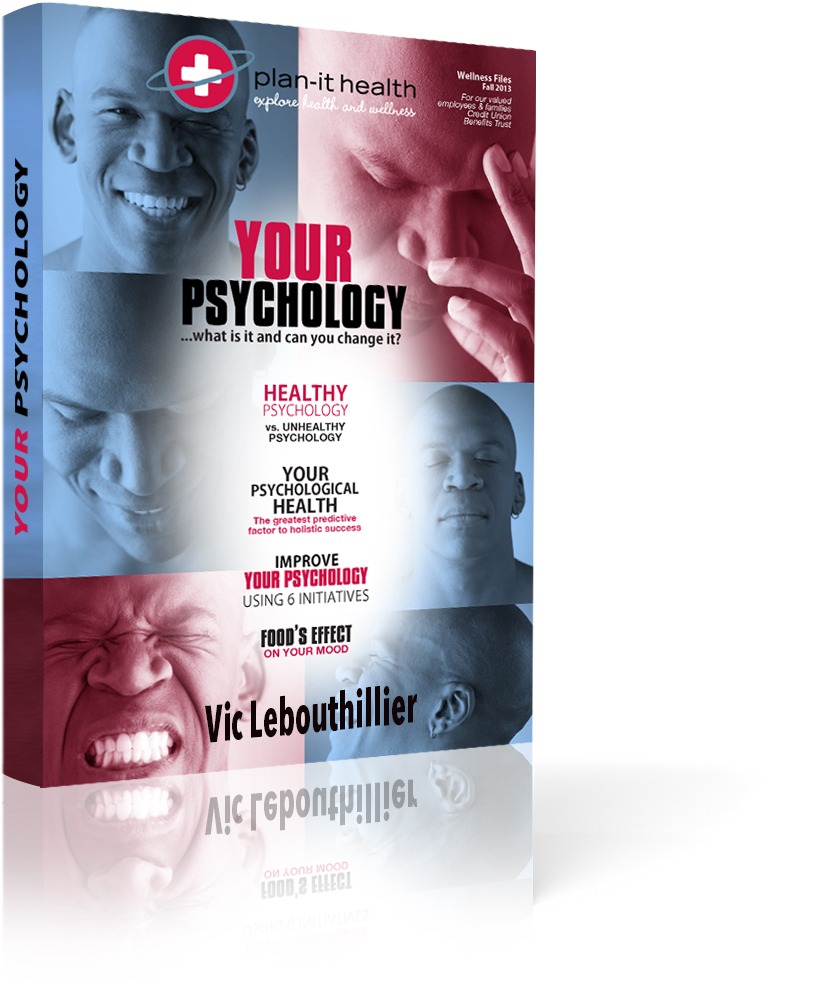 Most of us have never spent time creating awareness of our psychological functions. Nor have we spent the time learning the skills needed to optimize our mental health. This leaves many of us at increased risk for developing mental health issues. New discoveries about your brain’s neuroplasticity, along with the development of web-based distance education, are bringing new hope by teaching people how to enhance their mental health or overcome a mental illness. Your Psychology is a short manual that will help readers to learn skills developed out of the advanced behavioral sciences and apply them to their live 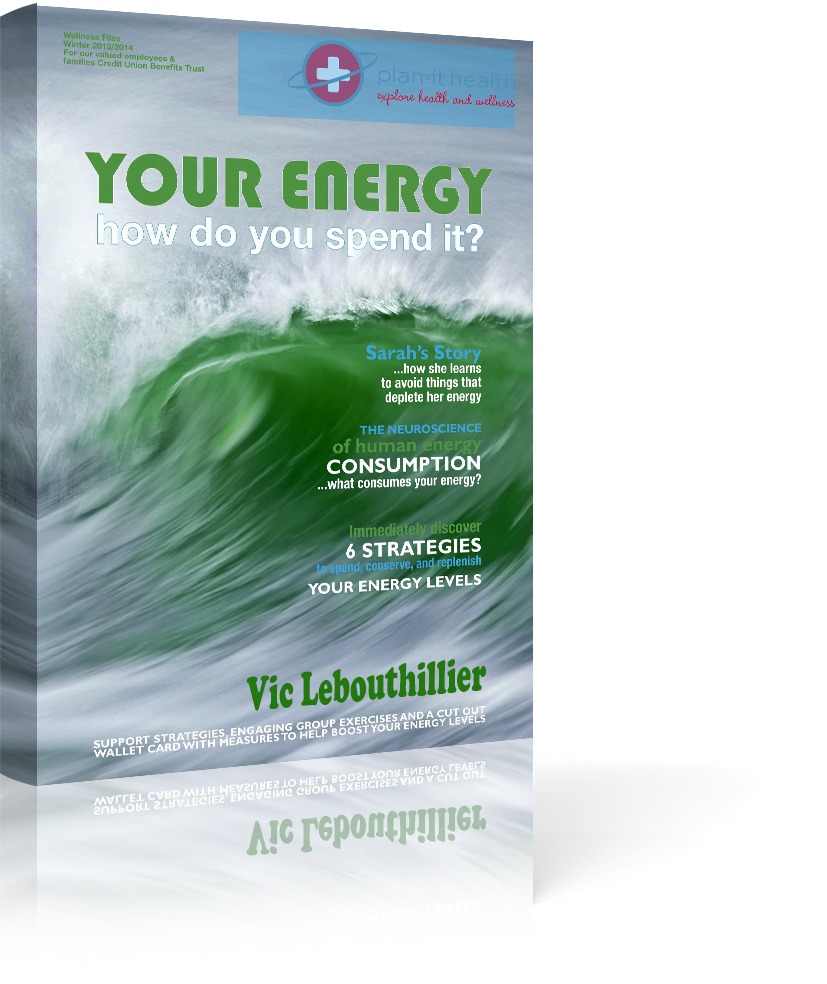 Fatigue makes us more susceptible to psychological pain. In a Netherlands workplace study on people who suffer from fatigue, 43% reported experiencing fatigue only, whereas 57% experienced fatigue along with psychological distress. This guide will teach participants how unhealthy thoughts, emotions, and desires deplete their energy levels. It will show participants, not only how to avoid these unhealthy behaviors, but also how to replace them with healthier thoughts, emotions, and desires. Written in a practical and relatable style, readers will begin implementing new behavioral health principles that can have an immediate effect upon conserving mental and physical energy. 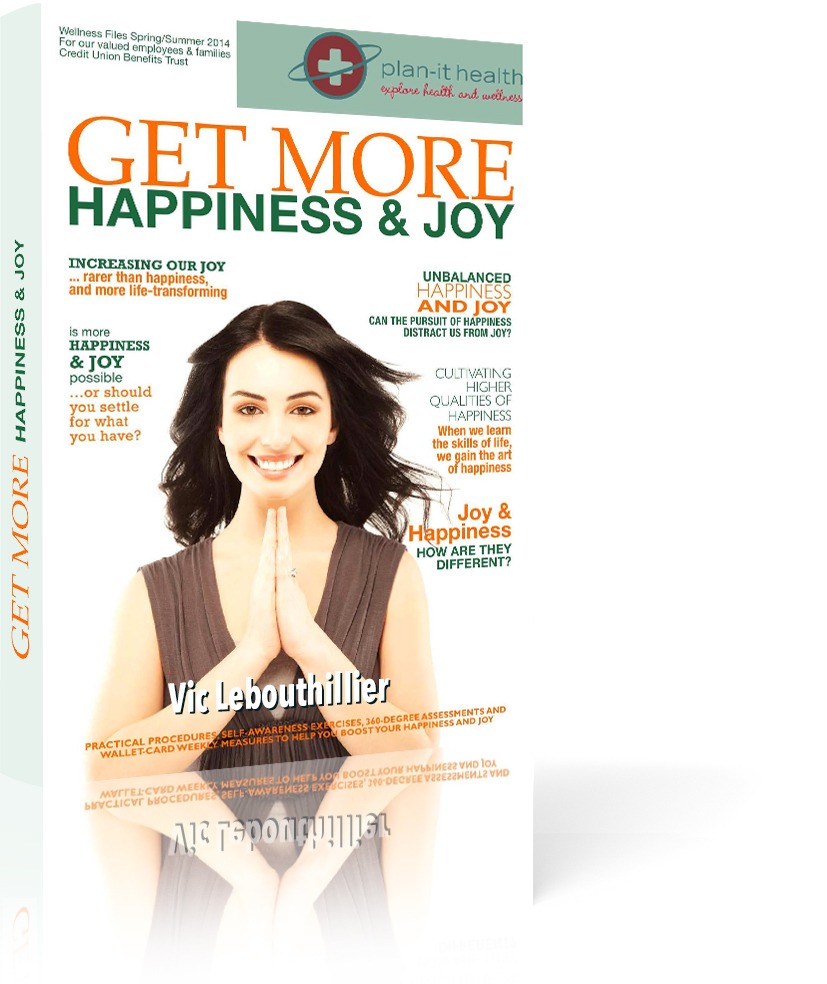 Becoming a student of how to bring more joy and happiness into your life is a conscious choice. It is possible, regardless of your life circumstances and situation, to become such a student and learn the skills needed to bring these things into your life. The first step is to understand what the differences are between happiness and joy: 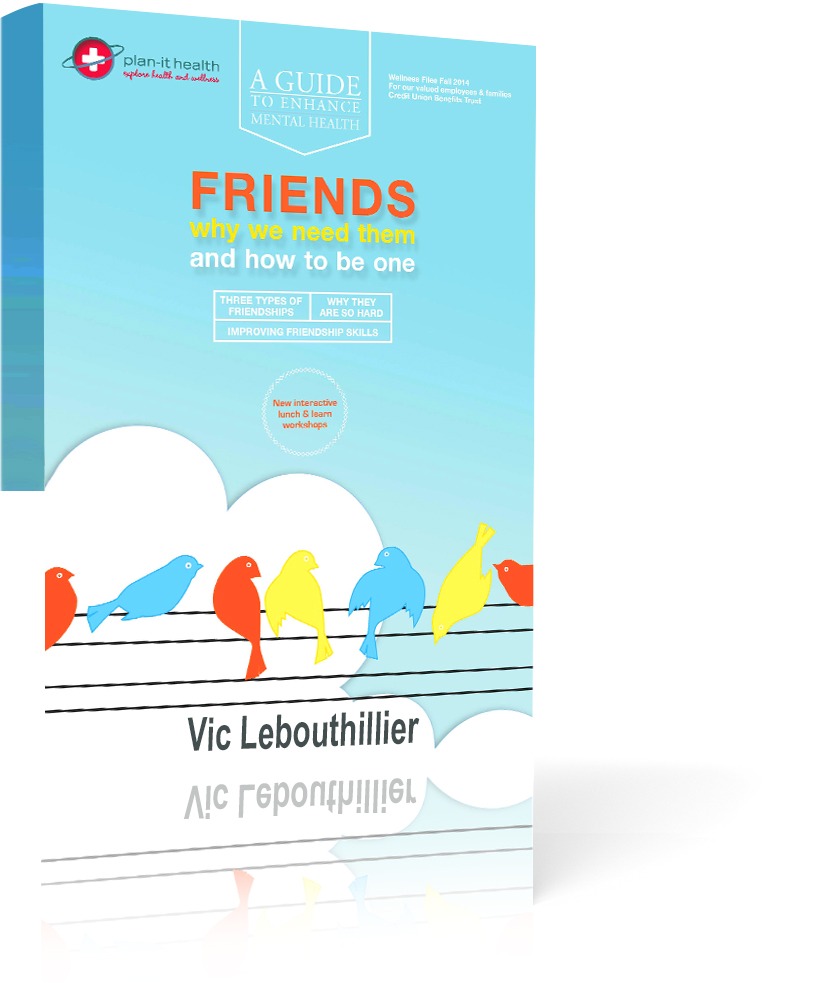 From birth, most people begin forming connections with their mother, father, siblings, and, eventually, friends. Our need for healthy friendships is so strong that behavioral experts are discovering a direct correlation between our lack of true friends and our susceptibility to mental illness. This lack can impact our ability to cope with life’s challenges as well. The irony is that we live in a knowledge-based society that provides us the resources to develop the skills needed to perform all sorts of complex tasks. But, when it comes to those relationships which are essential to our psychological health, we are often left to muddle
through them on our own.

People need people. In The Resilient Mind session, we train participants on how to become skilled in the 17 attributes of being a good friend and holding onto their relationships. Participants may also develop lasting relationships as they practice their skills with others in the group. 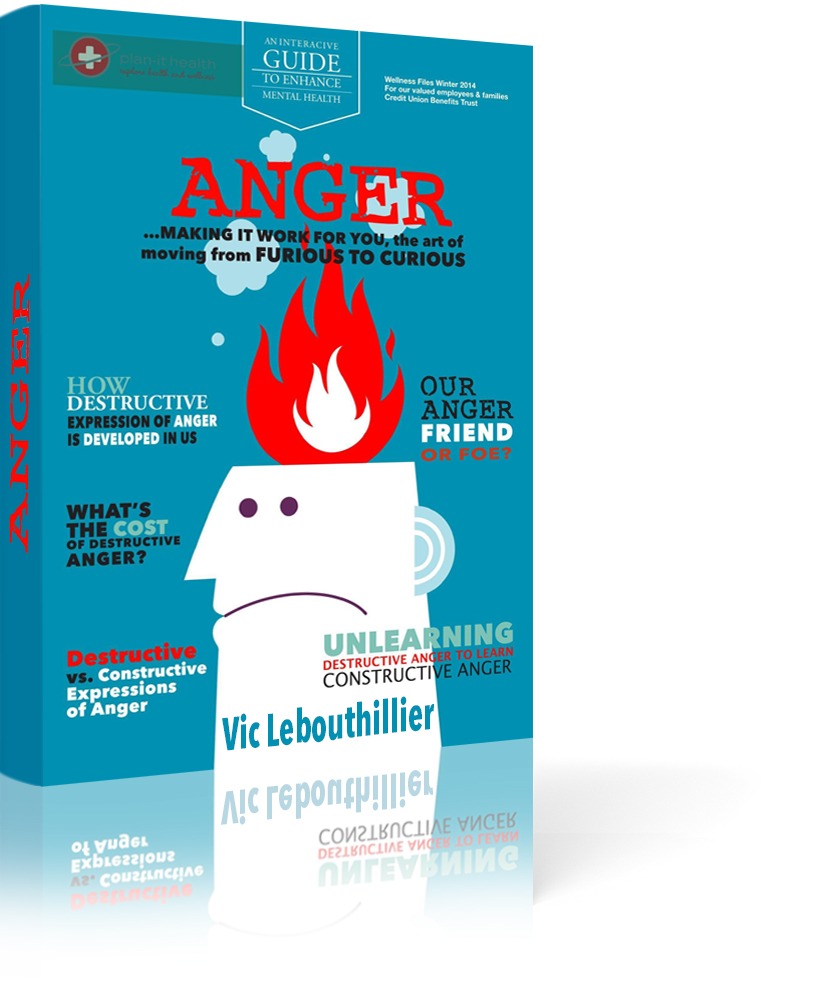 Is it constructive or destructive?

In a survey, 1000 people were asked what their experience of becoming angry was. Over 86% of those who responded described their experience as being negative. For them, anger resulted in negative outcomes and emotional pain. Although many people experience this emotion as being negative, our anger can actually be very helpful. The critical difference between whether anger is experienced as negative or helpful is determined by whether we express our angry emotions constructively or destructively. In this seven week workshop, participants will learn how to express their anger in constructive ways with others. 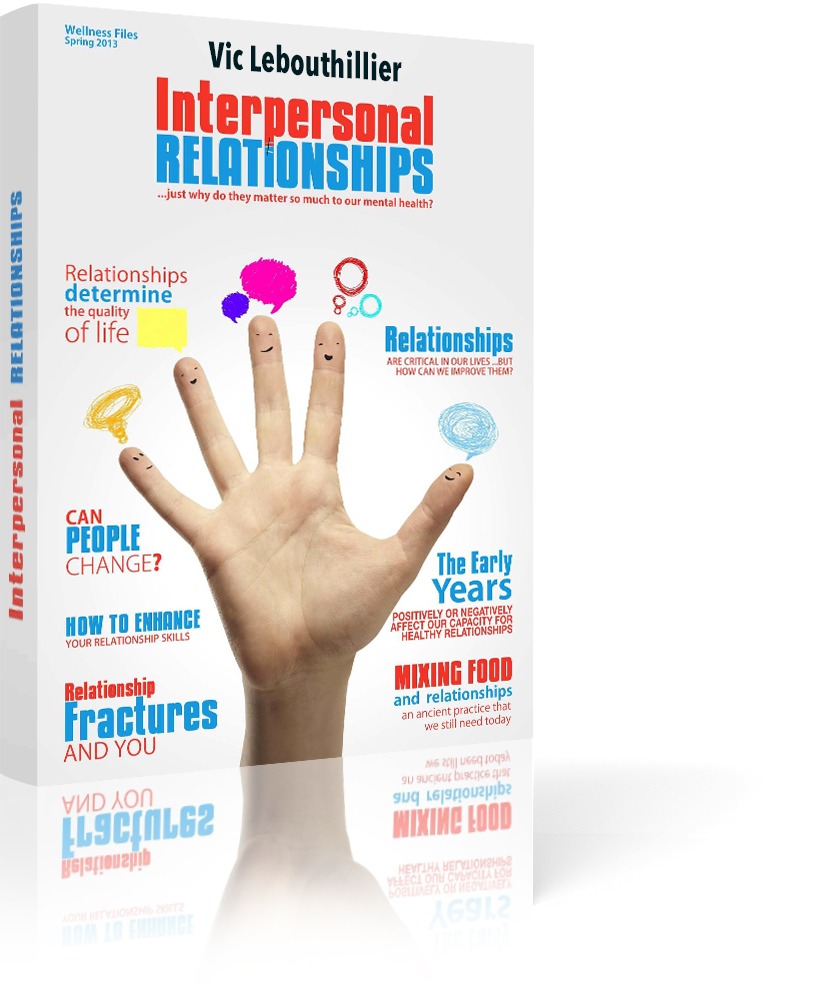 Events that occur in our childhood can impact our ability to develop and maintain healthy relationships. Furthermore, developing relationships is so integral to our human nature that in the absence of real ones, our mental health can be negatively affected. This guide shows how mental illness can result from relationship fractures. It will train participants to recognize fractures in their early stages and how to avoid deepening them, as well as show how to repair our fractures with significant people, such as our family and friends. 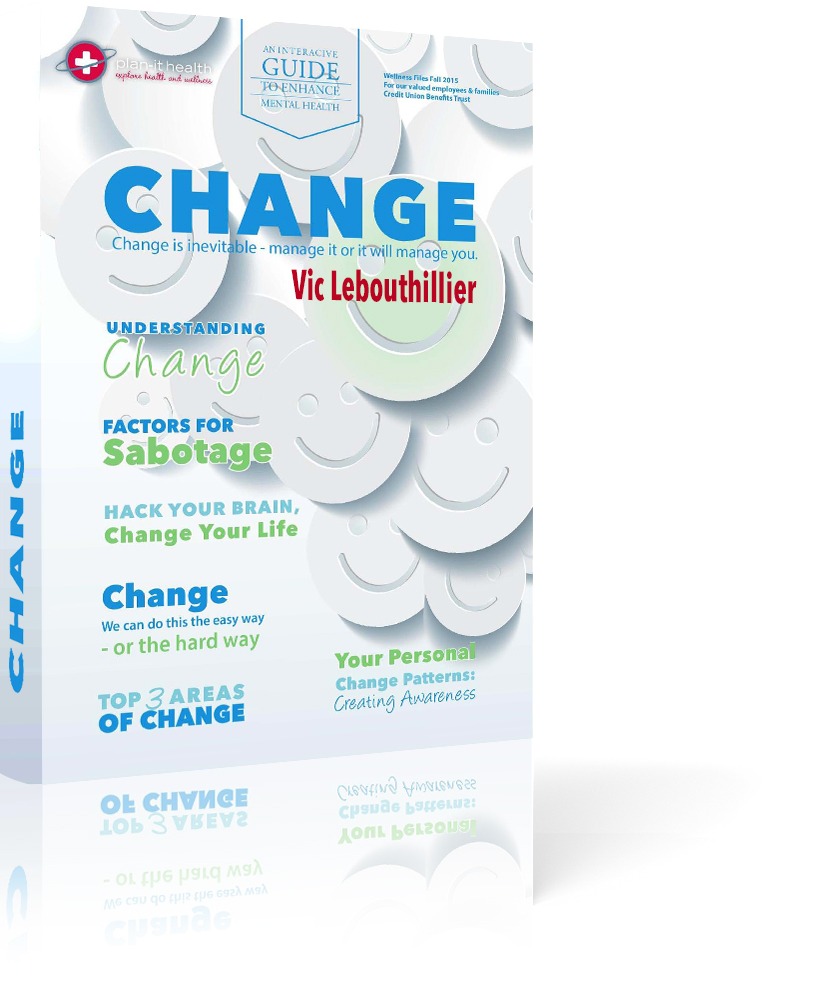 We can do this the easy way – or the hard way. We live in a fast-paced, ever-changing world. Information is coming at us at a high speed with value placed on immediacy. Change affects everyone and is inevitable. In a shrinking global village, with a rapid influx of information, we are literally inundated with daily change, both close to home and around the world. For most of us, change causes stress. However, we can learn how to effectively manage change and increase our resiliency to it. 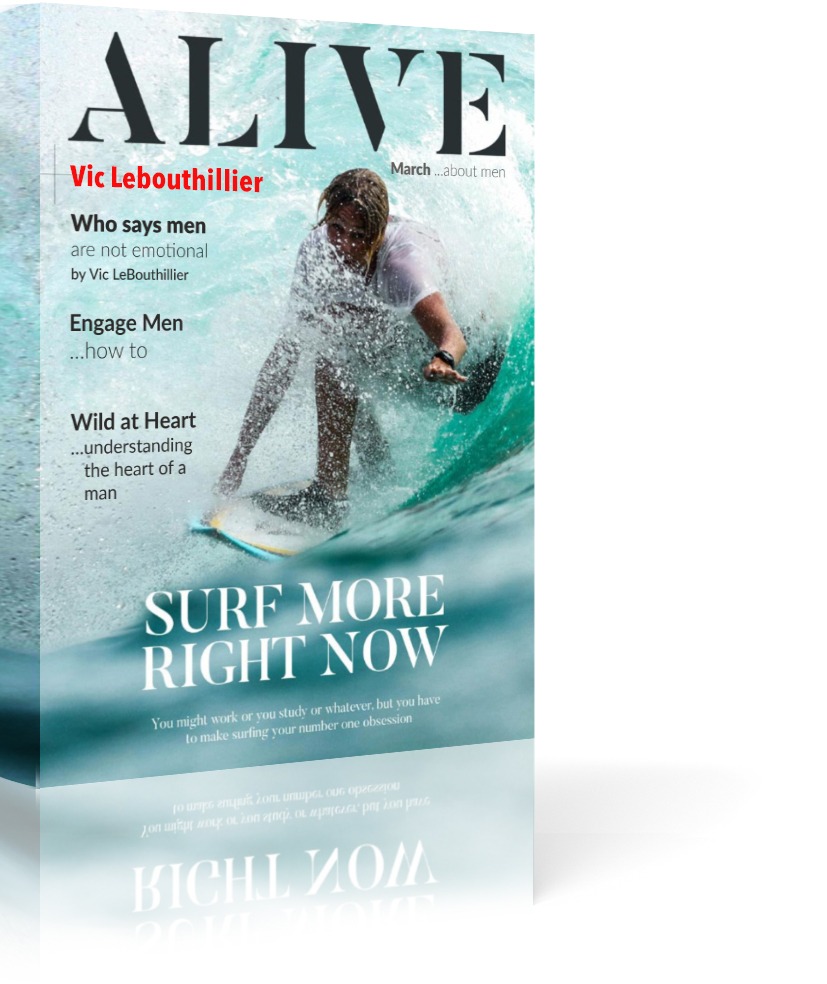 Canada’s most-read health publication in Canada. As CEO and publisher of Alive Publishing Group Vic and his team introduced the wide spread distribution on how to bring emotional intelligence into one’s personal and family life. Distributed to more than 1200 outlets across Canada with over 1.2 million readers a month. 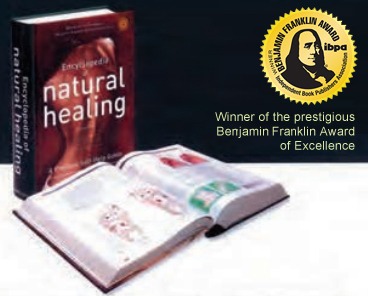 In 1987 Vic began developing programs and products to help individuals who desire to overcome struggles and increase their emotional intelligence. 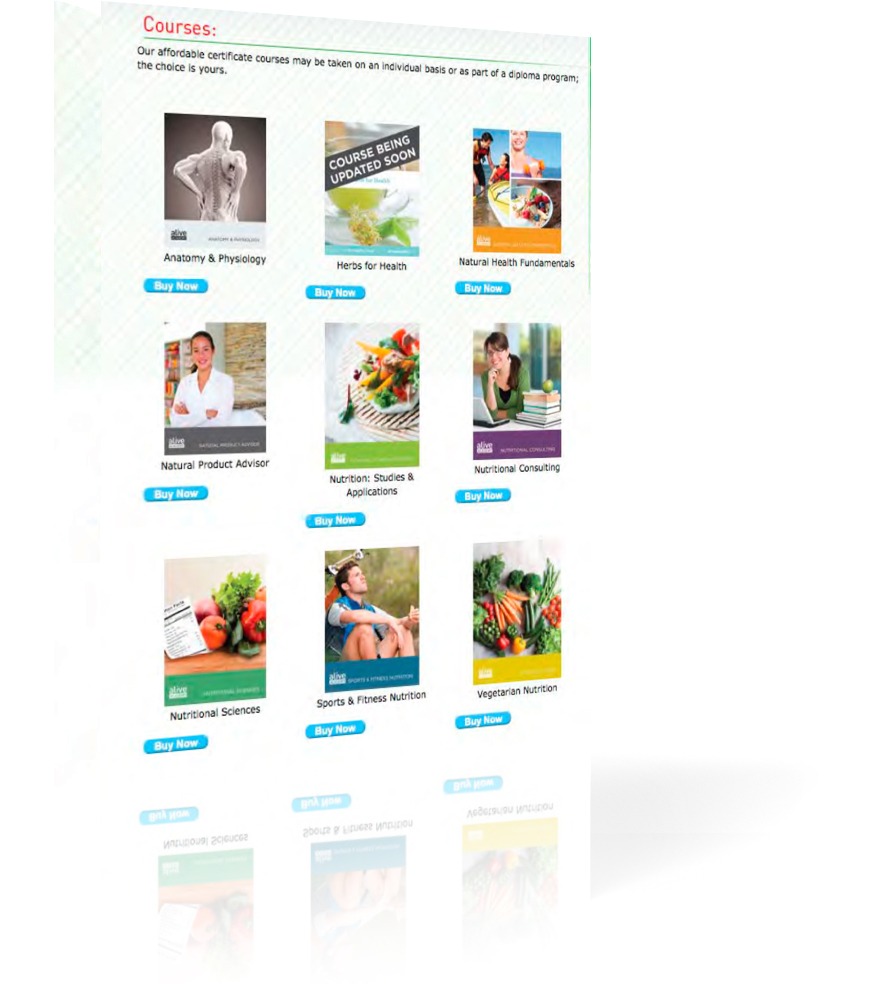 A distance education program consisting of 12 courses sold in 14 countries.

Relationship Fractures …how much do they cost you?

An appraisal tool to determine the emotional, social, career and financial cost to you. 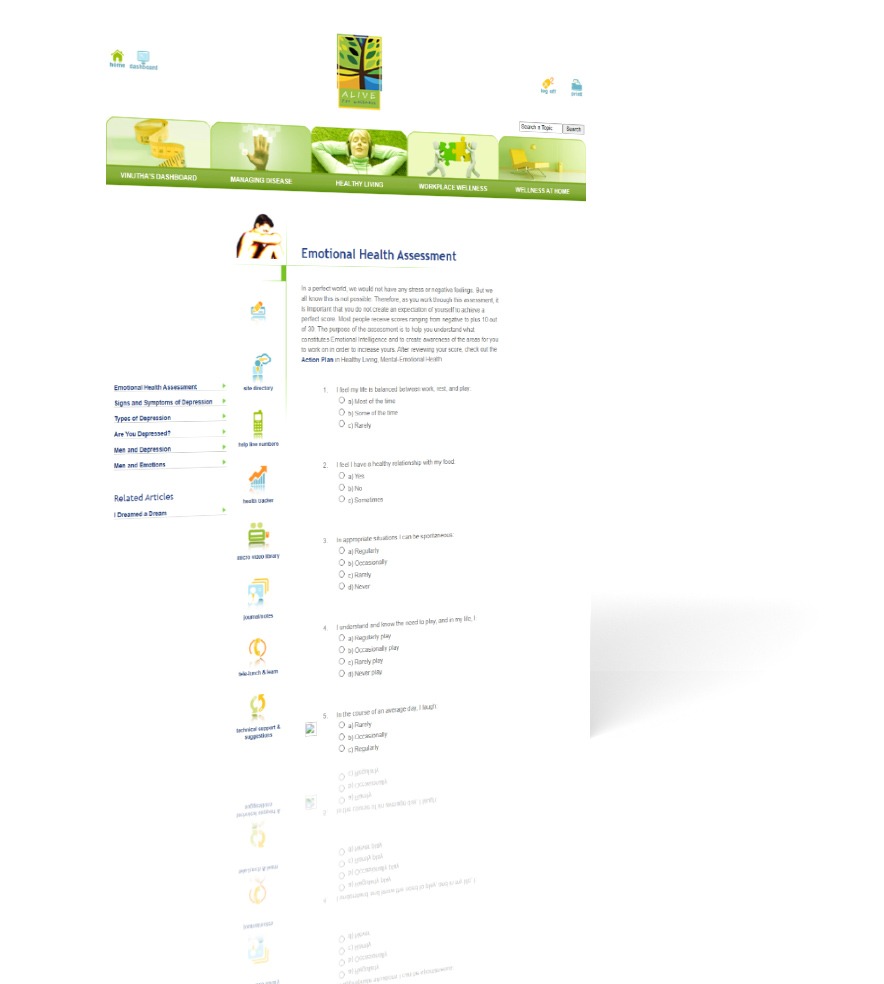 How to enhance emotional intelligence to improve work and home relationships. 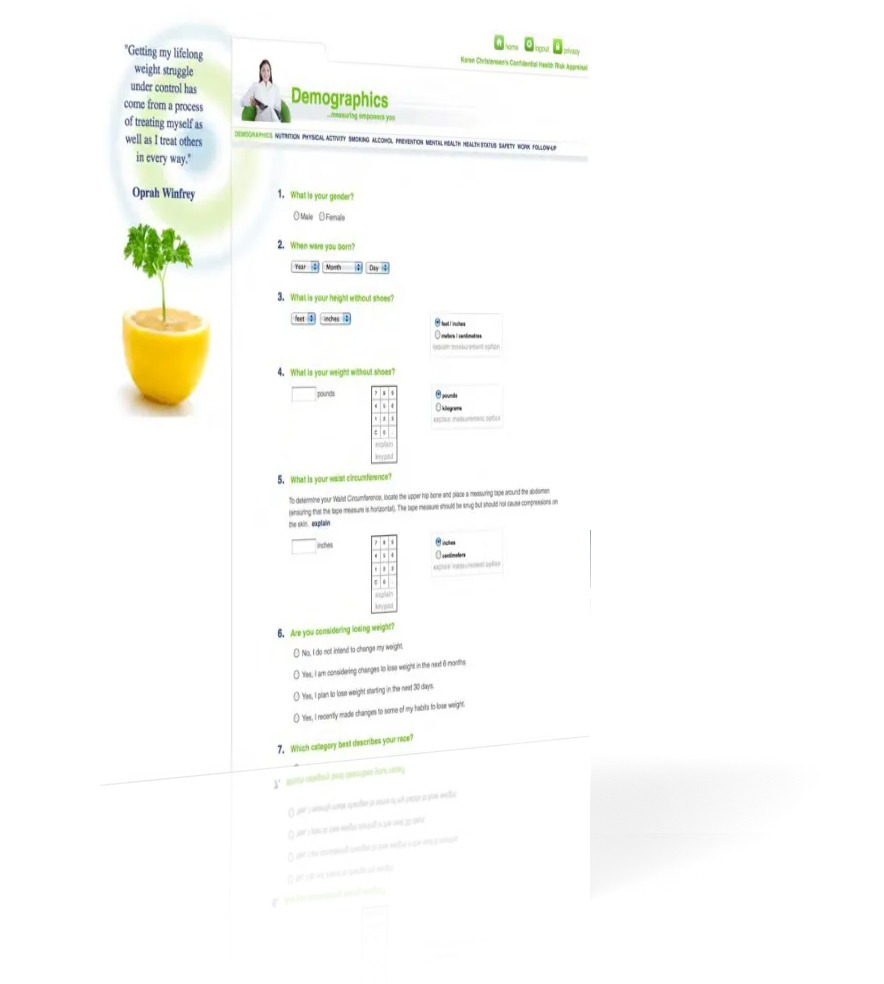 Focused on integrating applied behavioral sciences with innovations such as distance education technology and social media platforms for the purpose of advancing mental health. 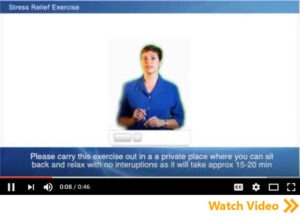 The Abraham deep breathing and mussel relaxing exercise has been tested to help people successfully regulated them selfs when escalation occurs. 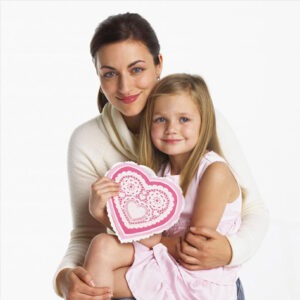 The ACE study (Adverse Childhood Experience) is a longitudinal study conducted by the USA Centre for disease control. The study resulted in identifying ten specific ACEs that which focused on childhood adversity, disruptive and hurtful experiences. People with a high amount of the 10 ACEs can be susceptible towards experiencing chronic stress and mental health struggles as adults. To learn more about the ACE study and to complete the questionnaire, please read The Adverse Childhood Experiences (ACEs)

Needs and feeling are very real and powerful parts of our life. The more awareness we create on these -the healthier and more fulfilled we become as people. Take a moment to review each item listed and determine which ones you desire more of and which items from the unfulfilled list you desire less of. Then begin the process of desiring more or less of the items you choose.

Desire is a powerful part of your phycological functions. What we desire becomes a goal, which becomes a focus and what we focus on expands in our life.

To receive greater value from this exercise do it with a friend, spouse, sibling or parent by meeting for coffee and sharing your choices and how you plan to get more of them in your life. Click here to download the exercise